Seven races plus two pony races, the first of the Point to Point season at Horseheath Point to Point course 4 miles west of Haverhill East Anglia.
The course through the close season making a few changes to its look from the previous year. A few new fences and a change of venue for the starter’s rostrum and Paddock, seeing all nine fences jumped twice around the triangular course.
Terrific panoramic viewing for all racegoers remained the same for a quality kick off card. 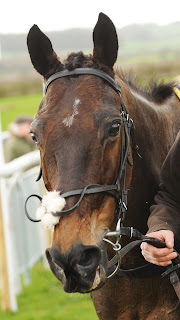 Twelve runners for the next race, a maiden Open. Pedro King taking the honours under farrier by trade Jockey Charles Dando beating Bengo, a horse that was fourth first time out this season to the talented Lilbitluso.
The race on paper looked to have some quality within the field, but the six year old that usually takes the owner Mr King out hunting pulled away from the field coming to the last well.’ I’m really happy with that,’ explained Dando. ‘I don’t get many rides so to have my first winner of the season is a bonus. He’ll possibly be turned out for a bit now, maybe a bit more hunting, but it will be up to the owner.’
The race ran at a slightly slower pace, five seconds slower than that of the first race of the afternoon. 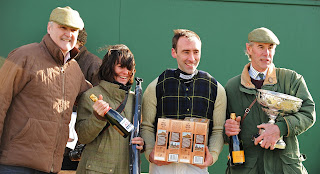 The men’s open saw Mr G Russell’s Gunmoney beat Ampton Winner Court Red handed by a distance.
Six runners started the three mile race, only three making it to the line. The second, and third, fancied runner Alan Hill's trained Flaming Gorge finishing weary behind the winner.
The eleven year old, ridden by the owner’s son Mr J Russell and trained by Gerald Bailey, showed that his jumping was not one for the faint hearted.' To be honest we went a little too slow for him. With that pace he is subject to get close to his fences, but once the pace quickened he started to jump better, but you never feel like you’re going to come off him.’
The third last Gunmoney made a complete hash of the obstacle, ‘yes, which was my fault really, I asked for a stride and he didn’t give it.’  This race was the planned for the horse, so now owner, trainer and jockey will have to visit the planner to see where next. Possibly if the jockey has his way the four miler at Cheltenham could be on the cards. 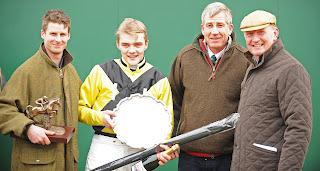 Double for the afternoon Sam Davies-Thomas

Two lengths separated the two at the finish with the winner of a mark of 78 compared to the Andrews mount at 91.
So the eight year old by Indian Danehill is sure one for the notebooks ‘
I mentioned to the owner this one could be a possible hunter chaser, but it’s up to him we’ll see,’ mentioned the jockey who is now on four  winners for the season. 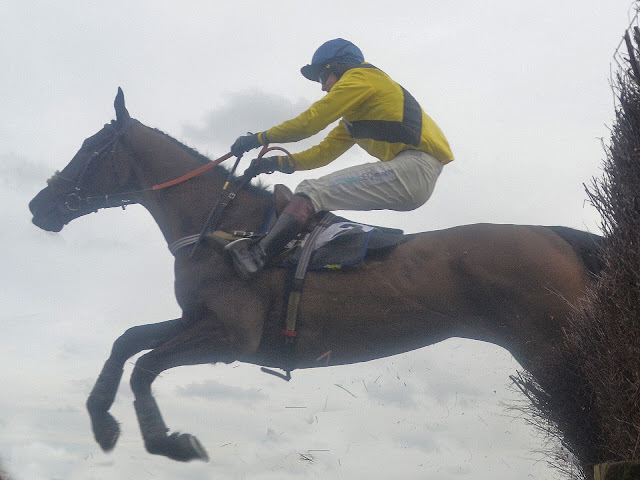 The final race, continued the inform riding of Gina Andrews. An open race for horse seven years old and upwards saw her bring home her husband’s trained Total Compliance by four lengths from Wivannie.
With a third place under the seven year old's belt at Chaddesley. ‘This horse is a really nice type. It’s taken a bit of time for the penny to drop, but I think he’ll win plenty of races, he rides really like a four year old, still a bit green, and it nice to have a race of this type that they can go for.’ 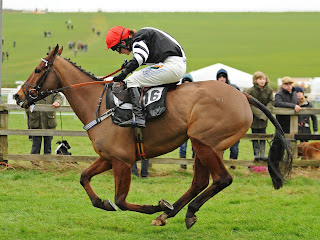 Gina at the start of the day one behind rival Clare Hart in the ladies jockeys championship. With that win lap frogs the standings to take her place on top with six winners for the season. 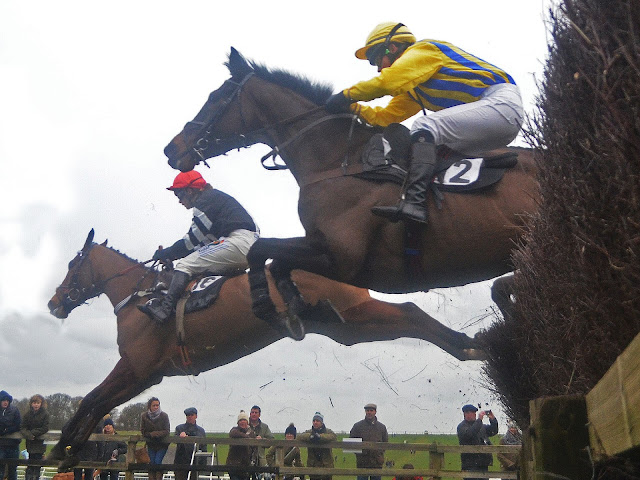 Posted by mjayphotography at 13:56 No comments: